adjective
1. moving by leaping.
2. belonging or pertaining to the family Salticidae, comprising the jumping spiders.

HOW TO USE SALTIGRADE IN A SENTENCE
These are jumping or Saltigrade spiders, belonging to the Attid.
OLD FARM FAIRIES:|HENRY CHRISTOPHER MCCOOK

Landline Eavesdropping: Back in the day, it was common for households to have multiple landline phones or handsets corresponding to the same number or phone line, allowing for easy conference calls. (Or, being able to pick up the phone in the bedroom instead of having to run all the way to the living room or kitchen and hope you got there in time.) This led to obvious opportunities for eavesdropping. If you want to eavesdrop on another person's phone call, just hide in another room that has a phone extension, quietly pick up, and hold your hand over the receiver while listening in.

For added drama, old landline phones made it possible for the eavesdropees to realize they were being eavesdropped. In addition to the slight click a phone could make when it connected to the line, older phones tended not to have great microphones and could pick up a wide variety of environmental sounds. And, finally, the eavesdropper might lose their cool and shout something at whoever they're listening to.

Common offenders include spouses eavesdropping on their unfaithful spouses' Intimate Telecommunications, nosy children spying on their parents or siblings, and Overprotective Dads spying on their rebellious teen's plans. This isn't limited to members of the household, however. It may also be used by an investigator or stalker staking out a target by hiding in their home while their target makes a phone call.

This was most common in the 1980s and 1990s, when having multiple phones in a house become more widespread. These days it's a Discredited Trope due to the obsolescence of landlines, but was once Truth in Television.

An older equivalent can be found in party-line phones. Party-lines were multiple households or apartments who all shared a single phone line. They were cheaper than a single house line, and were common from the early days of telephones all the way into the 1970s. The trope of a gossipy neighbor eavesdropping on a party line call was especially common in the 1950s and 1960s, but is pretty much a Forgotten Trope today, since most landlines are single party, and that's if a house even has a landline. 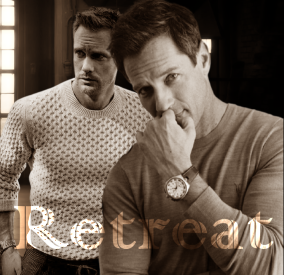