noun
1. a bookseller, especially a dealer in rare or used books.

HOW TO USE BIBLIOPOLE IN A SENTENCE
If I had the poetic vein, I would indite a pendant to Byron's iambics to that enlightened bibliopole.
GUY LIVINGSTONE;|GEORGE A. LAWRENCE

Thus, after a search of many weeks, the Western bibliopole succeeded in obtaining a well-thumbed specimen of the precious work.
THE HUMBUGS OF THE WORLD|P. T. BARNUM

This bibliopole's relatives still carry on business in this street, school-books being with them a speciality.
THE BOOK-HUNTER IN LONDON|WILLIAM ROBERTS

Okay this is my last prompt for July, but do not fear,

jujukittychick will be taking over:) 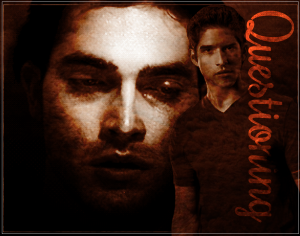 skargasm
Summary: ⟫ Scott found himself wondering who was there for Derek in his times of need...
DREAMWIDTH OR AO3

Am hoping K & H won't mind, but I didn't see a weekend challenge so thought I would jump in. This week: getting down to household brass tacks. Yeah, it's all wonderful for your fictional darlings to be out there saving the world on the daily, solving crimes, or wreaking villainous havoc - but sooner or later they're going to have to whip the homestead into shape.

Let me know you're in, and I'll give you a domestic chore or crisis or whew-not-a-crisis-after-all that either myself or people around me have been tackling lately. Let's see if they inspire some words!

PS - I might take a bit to reply - I've got to work on the basement before the heating systems guy gets here .... we had lots of errands to do and some stuff to tidy up...but I got in 3k to finish out the month.
not sure who's taking us into August...but good luck!

Well hello and happy August to you!

simplyn2deep is taking some time off to heal up, so healthy healing thoughts her way, and then let's get August started!

If I call out your name, step forward and make some magic!

Let's get this party started!
Collapse