EXAMPLE SENTENCES FROM THE WEB FOR GLOAMING
But that great-come-and-get-it day-is still shimmering in the mists of the gloaming.
ERICA JONG DEFENDS FEMINIST REVOLUTION|ERICA JONG|MARCH 27, 2012|DAILY BEAST

To his left, in the gloaming, was a man staring straight at the crowd like a secret serviceman looking for assassins.
THE MAN WHO WON'T APOLOGIZE|NICHOLAS WAPSHOTT|OCTOBER 23, 2011|DAILY BEAST

There is a long view up and down the valley, still and quiet in the gloaming.
A MIDSUMMER DRIVE THROUGH THE PYRENEES|EDWIN ASA DIX

Outside in the gloaming, Betty Ives and her young lover walked slowly backwards and forwards under the orchard trees.
TALES FROM MANY SOURCES|VARIOUS

This week there's 1 trope, but I think it's pretty popular!

Marriage of Convenience: "Many people marry for the wrong reasons, among them: 1 - to overcome loneliness; 2 - to escape an unhappy parental home; 3 - because they think that everyone is expected to marry; 4 - because only 'losers' who can't find someone to marry stay single; 5 - out of a need to parent, or be parented by, another person; 6 - because they got pregnant; 7 - because 'we fell in love', ... and on goes the list."
— Bruce Fisher and Robert Alberti

In Real Life, Western citizens of the twenty-first century predominantly Marry for Love. In fiction, that normally-tiny proportion of other marriages is inflated because of the intense comedic, dramatic and tragic potential.

That is, of course, in Western nations: Arranged Marriage is still not unusual in many other countries; it can still be a form of marrying for convenience, though, typically when a person agrees to an arranged marriage in order to get the arrangers to stop pestering them once they've resigned themselves. In other cases, like in media where the featured arranged marriage is not opposed to, it is simply fulfilling a convention of that media and/or its country, and so will probably not be a Marriage Of Convenience.
......
Often, a marriage of convenience is a mutually beneficial agreement, with both parties profiting from the binding - it may even involve a contract - but not always. Sometimes, only one of the partners may be in it for something other than love.

An expectation is that one or both of the people will fall in love with the other. It is also often a convention used to get two friends who are in love with each other to realize it. Then it may become a Perfectly Arranged Marriage.

I definitely recommend reading up on this one for more examples to help you if you want to write this one. 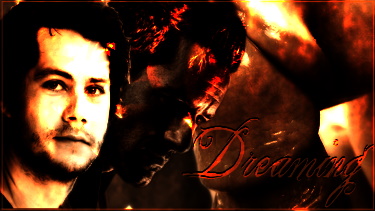 I'm currently working on the Weekend Challenge schedule for Jan-June 2021, and there are six of us taking turns running this challenge at the moment, as follows:

Kit only wants to do two weekends, and Diva will be leaving us from June, so only four of us will carry on (although did you want more in the 2nd half of the year, Kit?). I have a draft schedule already - and we'll cope with it, I have no doubt - but just wanted to give anyone else the chance to join us before I post it, so we can spread out the love!

Don't be shy; it's not hard, and we can help guide you if you're not sure! Check out the previous Weekend Challenge posts if you need help to decide if it's something you can manage; you should get some idea of what it involves from them.

Please pop in a comment here before this weekend is over if you feel like giving it a go - as many or as few weekends as you'd like (those who have already volunteered will do about 5 weekends each between Jan 1st and July 1st - except Kit - but with some additional help, the max you'd be looking at would be 3 or 4 weekends between those dates).

flipflop_diva, you're up for this weekend - this is your reminder! You probably have it under control, but let me know if you have any issues or need me to take over for any reason! ♥

1_million_words Alphabet Challenge ‘T’
Warnings: ⟫ N/A
Words: ⟫ 2,098
Summary: ⟫ Everything was so messed up and confusing – should Scott do what Deucalion wanted him to do?

How is the writing thing going for you? Any bumps or hiccups in remembering the days you're accountable for?

If not, great! If so, that's still great! We're going to help you with that!

Here are the last 3 people for the month! Let's cheer them on to get those words!!

The sign up for February's Daily Count is here. Sign up soon as I will be working on the calendar now so that I can post it late at night on the 31st.