noun
1. Also called Amor. the ancient Roman god of love and the son of either Mars or Mercury and Venus, identified with Eros and commonly represented as a winged, naked, infant boy with a bow and arrows.
2. (lowercase) a similar winged being, or a representation of one, especially as symbolic of love.

EXAMPLE SENTENCES FROM THE WEB FOR CUPID
A delicious marble Cupid appeared to have just alighted on his pedestal at the upper end of the room.
READ ‘THE KING IN YELLOW,’ THE ‘TRUE DETECTIVE’ REFERENCE THAT’S THE KEY TO THE SHOW|ROBERT W. CHAMBERS|FEBRUARY 20, 2014|DAILY BEAST

His Cupid—which, like Veronica Mars, was critically adored yet underwatched—got canceled after one season in 1998.
13 TV SHOWS WE WANT BACK|SHANNON DONNELLY|MAY 21, 2009|DAILY BEAST

R and I were introduced by a married couple who enjoyed playing Cupid for their pet bachelor, a junior I-banker.
WHAT HOOKERS DO ON VALENTINE'S DAY|TRACY QUAN|FEBRUARY 13, 2009|DAILY BEAST

Well I've finished my Swap of Joy fic - thank you to

kaige68 for organising, sending the prompts and helping me when I panicked!

Also nearly completed my Steter Secret Santa fic which is a relief because I really wasn't sure about that one!

flipflop_diva with wishes for a smooth Monday!

I was reminded I never posted my bingo this community - so I figured I would wait and post it as an extra gift!

Fill for One Million's Halloween Bingo 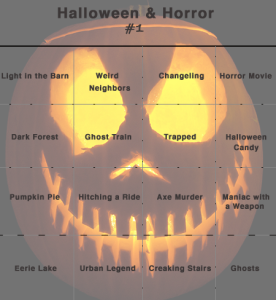 And here is my Advent gift!

On A03:Almost a Catastrophe Job
Collapse