verb (used without object), too·tled, too·tling.
1. to toot gently or repeatedly on a flute or the like.
2. to move or proceed in a leisurely way.

noun
3. the sound made by tooting on a flute or the like. 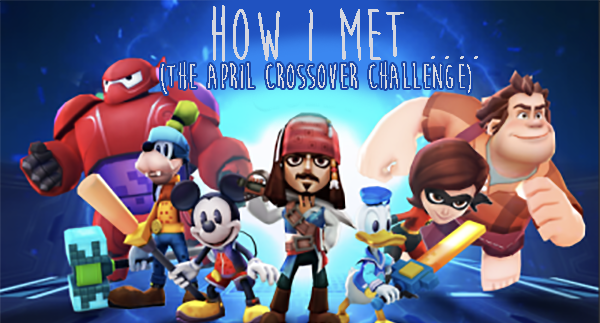 Hello, everyone! I hope you all had fun with your crossovers this month, or at least got some new prompts to tuck away for a rainy day :)

The challenge officially goes through tomorrow, but since I neglected to post a reminder of any sort, if you need a few extra days, go ahead and take until the end of the weekend. I'll work on the participation badges after that.

Feel free to link your finished works here, in the original signup post or as a post to the comm!

If anyone else has posted and I've missed it, please give me a poke! And if anyone who didn't originally sign up would like characters and a prompt just to tuck away for some time in the future, feel free to comment for that too.

I hope you all had fun, and if you are still writing, good luck!!

1. Each post is either a hundred words or more/ or you can make a graphic/art

2. However the number influences you, go with the flow! I don’t care how you use or abuse the number! (I’ll give some suggestions/ideas/other languages to help you along if you get stuck!)

Go forth and create!